KAKAHI GLOW WORMS
A visit to the Kakahi glowworms is a great way to finish off your day – take a drive down there after dark and marvel at this free attraction put on by NZ’s amazing wildlife! The glowworms are about a 10min drive from the Camp and we can give you directions or see picture/map at the bottom of this page for directions.

DISCOVER WHANGAMOMONA
The self-declared Republic of Whangamomona is halfway between Taumarunui and Stratford, along the Forgotten World Highway. The Republic was established in 1989 as a light-hearted protest to moving the boundaries and therefore moving Whangamomona from Taranaki to the Manawatu-Wanganui Region.

EPIC CYCLE ADVENTURES
Hire your bike and set off on the newly established Timber Trail or explore any of the other Central North Island bike trails. Epic Cycle Adventures specialise in bike hire, shuttle services and guides to your chosen trail.

TAUMARUNUI CANOE & JET BOAT HIRE
Experience the freedom of kayaking through remote rivers, along rapids and through majestic gorges either guided or un-guided. Or choose to explore the river by jet boat. You are guaranteed to see some of the most beautiful scenery and lush native bush in the world
Laurens Lavender Farm: Lying adjacent to the famous Whanganui River Lauren’s Lavender Farm offers magical and tranquil surroundings of fragrant lavender fields, farm land and bush.

BLAZING PADDLES
A canoe trip down the Whanganui River is perfect for people of all ages and all experience levels. Trips can range from one day on both the Ongarue and Whanganui Rivers up to the five day expedition from Taumarunui to Pipiriki.

WADES LANDING OUTDOORS
Based South of Taumarunui in Raurimu, Wades Landing offers a variety of tours, including visiting some of the Lord of the Rings filming locations, canoeing, kayaking, mountain bike trails, and hiking.

CHERRY GROVE RIVER WALK
At Cherry Grove you will see the meeting of the two rivers the Ongarue and the Whanganui. A short, 20 minute meander along the banks of the Whanganui River will lead you to the Victory Bridge, and back to the river confluence.

FORGOTTEN WORLD ADVENTURES
The ultimate way of exploring the deep hidden valleys of rural New Zealand is by driving a comfortable rail-cart, cleverly adapted to be self-driven along the railway tracks, through tunnels, over bridges and rivers along the Forgotten World highway to townships that time forgot.

ALPINE GARDEN
A series of short inter- locking tracks lead through bush and beds of alpine plants. The main section is suitable for wheelchairs.

RIDGE TRACK
After a short climb through low beech forest, the track emerges to alpine scrublands, where panoramic views of Mt Ruapehu, Mt Ngauruhoe and the surrounding countryside are obtained.

TAWHAI FALLS
The falls tumble over the edge of an ancient lava flow.

MOUNDS WALK
Debris from avalanches during periods of volcanic activity on Ruapehu is believed to have formed these mounds thousands of years ago. From the top of one of the mounds there are good views of the Park’s volcanoes and surrounding land.

TARANAKI FALLS
Tumbling 20 metres over the edge of a lava flow, which descended from Ruapehu 15,000 years ago, Taranaki Falls plunge into a boulder ringed pool. In places below the falls there are spectacular views into water- torn gorges of the Wairere Stream. Ash deposits from the volcano and pumice from the Taupo eruption are seen in the banks along the track.

SODA SPRING
The track to the Springs follows the Mangatepopo Stream. From it, one can see Ngauruhoe most recent lava flows, which are slowly being re-vegetated by a process known as plant succession. Under the headwall of the Mangatepopo Valley, the Soda Springs create an oasis of lush mountain buttercups and ourusias.

THE TONGARIRO ALPINE CROSSING
This is often described as the best “one day” walk in NZ. After following up the Mangatepopo Valley, the track climbs to the saddle between Ngauruhoe and Tongariro and then ascends to the steaming gully of Red Crater before dropping down to the Emerald Lakes. After passing Blue Lake a descent is made to the Ketetahi Hot Springs and then through Totara forest down Mt Tongariro.

TAMA LAKE
The Tama lakes occupy two old explosion craters on the Tama Saddle between Mt Ruapehu and Mt Ngauruhoe. Both are clear and cool, and, although occasionally frozen over in winter, the upper Tama’s has sandy beaches making it suitable for swimming.

MT RUAPEHU SUMMIT
The climb takes you to the central peak above the active crater of Mt Ruapehu at 2,530m. The lakes temperature and color change with volcanic activity. As there is no marked route, people wishing to do this climb are advised to join a guided trip or ensure a member of their party has alpine experience. It is important in the light of recent eruptions to seek information regarding the extent of the restricted zone surrounding the Crater Lake.

MOUNT NGAURUHOE SUMMIT
The steaming cone of Mt Ngauruhoe entices many climbers to its summit. Peering into its awesome crater, hearing its hissing fumaroles, and encountering the sulphurous fumes are an experience never forgotten.

TE PORERE REDOUBT
The Te Porere Redoubt is on the banks of the Wanganui River. The Te Porere Redoubt is the site of the last pitched battle in the New Zealand land wars. The two Redoubts were built by Te Kooti’s forces in 1869 in order to defend themselves against the Government Forces. The Government forces were lead by Colonel McDonnell whose task it was to capture Te Kooti. Defending Te Kooti were 300 men and women. The Government rank included 100 armed constabulary, One hundred Wanganui Maoris under the famous leader Major Keep (Te Keeps Rangitiwinui) and 300 Maoris from the Arawa, Taupo and Hawkes Bay tribes. Te Kooti out guns the Government forces and disappeared into the safety of the King Country. An official pardon was granted to Te Kooti in 1883. 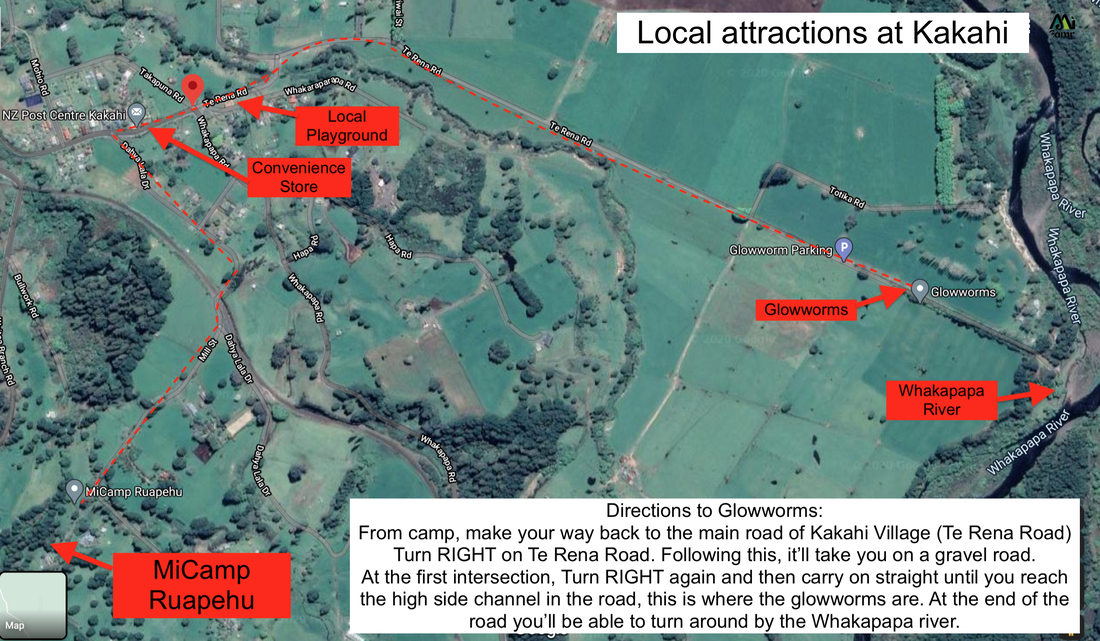